中国诗人问卷访谈 A Survey on Controversial Issues Regarding Contemporary Chinese Poetry

Poetry International/Rotterdam in running a special China Feature this week including A Survey on Controversial Issues Regarding Contemporary Chinese Poetry:

1. The underground/independent poetry emerged in the 1970s in China with a rebellious gesture against the mainstream or the “official” literature. Is there still a division between “official” and “unofficial” in the 21st century China? How do you define “official/ government官方” or “institutional/ system体制”? You can name your favorite poets from both inside and outside that system.
Jing Wendong 敬文东 (poet and critic from Minzu (Ethnicity) University of China): China is a country of magical realism and self-contradictions. No one really understands it, not even Chinese. Everyone has multiple identities. “Who am I” has troubled all the Chinese people, not just the poets. There is no clear cut between the government/official poets and independent outlaws. It’s a pure fantasy if one tries to imagine himself staying away completely from the government system. To draw a line in between is cruel. However, there is no other way more effective for discussion today. Basically, I don’t think there are good poets on the government side. Some people appear on both sides in order to get quick success. We have to remember that some years ago (post the success of the underground poetry) certain poets self-claimed to be popular (of people, non-governmental 民间) in order to look superior than others ethically and morally but they worked so hard to climb the ladders in the official system.

Zhang Qinghua 张清华 (poet and critic from Beijing Normal University): The social status of poets is not definitively meaningful, and the cultural status is ambiguous, which caused the namely boundary and many doubts. Since the 1990s, the bordering line has been blurred. Most of the grass-root writers are no longer grass-root.  For example, Zheng Xiaoqiong is not a factory worker any more but a literary editor for the magazine run by the Guangdong provincial writers’ association. I think we should judge by the writing, not by the position a poet may hold.

16 poets participated in the survey interviews. Read them all here: 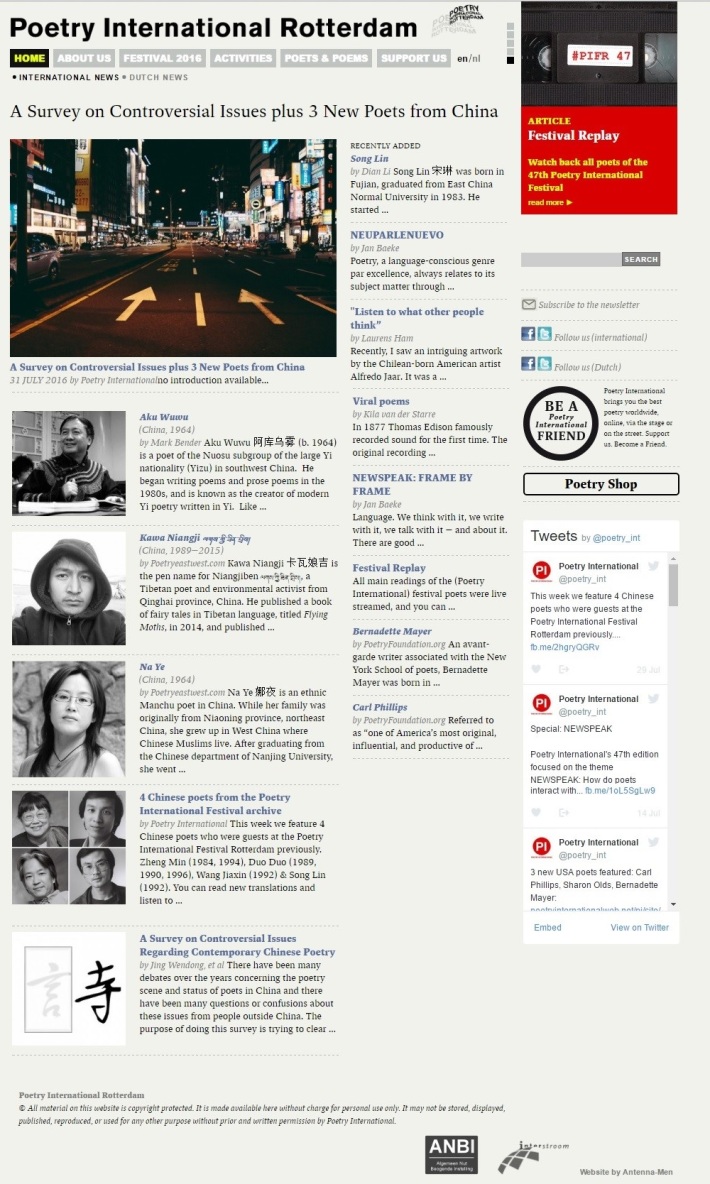